Feeding Homeless Now A Crime In The United States 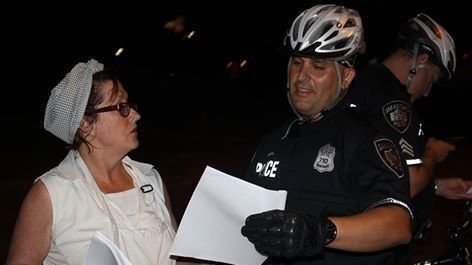 I having been reading reports that feeding the homeless has recently become a crime in the United States. Apparently, more than 71 cities around the country have or have attempted to pass laws that ban “food sharing”. However, this is the first concrete example of this I have come across: Joan Cheever of The Chow Train was recently cited for feeding the homeless in a park in San Antonio, Texas.

Joan has been feeding the homeless for the past decade. She feels it is her duty to help those less fortunate than her, and she does so by cooking up hot, locally-sourced meals for the poor. But recently, San Antonio officials have been cracking down on a practice that they say encourages the homeless to stay homeless. So they strapped her with a $2000 fine.

Join me and help reverse the tide: tell Mayor Ivy Taylor and the San Antonio City Council that feeding the homeless isn’t a crime. This senseless Orwellian law must be repelled and good Samaritans must be allowed to feed the hungry―sign petition on change.org: Feeding the homeless is not a crime!

Freelance writer and translator based in Quebec, Canada.
View all posts by Henri Thibodeau →
This entry was posted in Forward The Brave New World and tagged crime in the United States, feeding the homeless, food sharing, homeless, Joan Cheever, San Antonio, Texas. Bookmark the permalink.