Are we prepared for the “Day of the Dogs”?

I had some misgivings before I read Day of the Dogs, as doomsday novels are not really my cup of tea. Still, Doug McIntosh’s basic premise, i.e. that a major solar flare may very well throw our modern civilization back into the dark ages, is one I take very seriously. I witnessed the March 1989 geomagnetic storm blackout in Quebec, and its possible implications have ever since always been at the back of mind.

This book turned out to be a real page-turner that I found very hard to put down once I started reading. Unlike One Second After, by William R. Forstchen, which centers on the events following an EMP attack, Day of the Dogs describes what may very well conspire in the final days of our high-tech civilization as a giant solar flare approaches the Earth.

In a way, Day of the Dogs is in the same vein as a recent Australian movie, These Final Hours, which graphically portrays the rapid collapse of society and the radical choices made by people faced with impending doom as the Earth is engulfed by fire after it is hit by a meteor.

The premise of Day of the Dogs is that while an EMP attack would in all likelihood happen without much warning, such as the attacks of 9/11, we might have a window of opportunity to prepare for an incoming solar flare – that is, if the powers that be choose to warn us, which is not a given.

All in all, Day of the Dogs is a riveting, unsettling, generally realistic, and quite sobering account of a fate that is more possible than most people suspect or are inclined to contemplate. So the answer to my question, “Are we prepared for the Day of the Dogs?,” is an emphatic NO! We definitively are not. 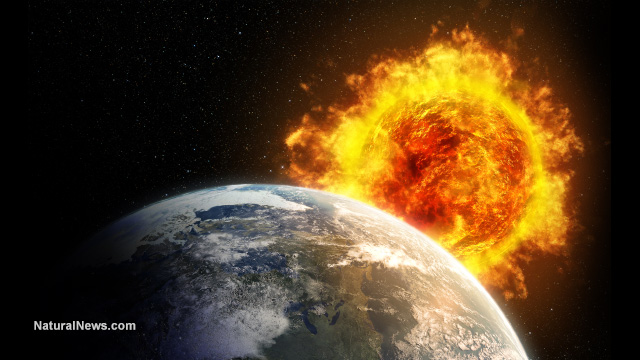 More about EMPs and solar flares

Lights Out: The Danger to the US Power Grid – The EMP Threat

In the following 2014 report, Judge Jeanine Pirro investigated the dangers posed to Americans’ lives, property, and way of life if an Electromagnetic Pulse (EMP) attack, a solar flare, or a terrorist attack brings down the US power grid.

As you watch, notice the very real concern showing on Judge Pirro’s face as she learns more about the implications of this highly plausible threat, not only to our way of life, but  to our very existence.

Freelance writer and translator based in Quebec, Canada.
View all posts by Henri Thibodeau →
This entry was posted in Financial & Economic Collapse, Preparing For The Worst and tagged Day of the Dogs, Douglas McIntosh, Electro Magnetic Pulse (EMP), geomagnetic storm, Judge Jeanine Pirro, One Second After, power grid down, solar flare, solar storm. Bookmark the permalink.

1 Response to Are we prepared for the “Day of the Dogs”?