Surreal – We are on the Titanic, and the orchestra keeps playing – UPDATED

Posted on December 1, 2015 by Henri Thibodeau 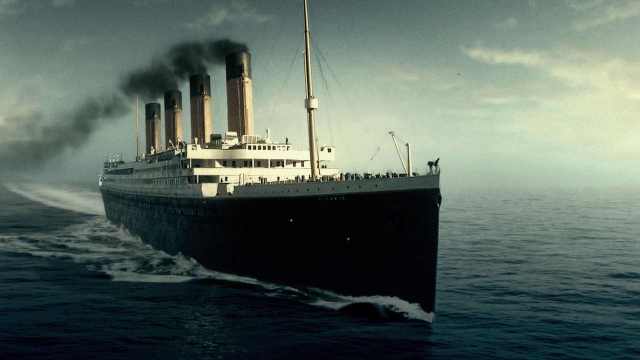 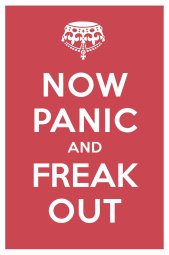 I have had an eerie feeling of late about the worldwide state of affairs. The allegory that keeps haunting me is that we’re on the Titanic right now – the world is navigating a sea rife with menacing icebergs, chunks of ice keep on hitting the deck, and the orchestra (the mainstream media) keeps on playing to distract us from our impending doom.

As I was contemplating how to put this into words from the latest disturbing reports that have come across my desktop over the last week or so, now this from Alex Jones at Infowars.com: “We are hurtling towards the precipice of full scale war”, he warns in the latest of three Emergency Alerts he has issued so far this year.

Now, here are a few of the latest headlines that have conspired to make me more edgy lately. While I ponder the latest developments, I have to constantly remind myself of what Greg Hunter (USAWatchdog.com) keeps repeating every week:

“Fear not, but prepare yourself mentally, physically, and ABOVE ALL spiritually – Fear not, God is in charge.”

Russia and the United States are now at war through Turkey

A week after Turkey show down a Russian bomber, the situation remains unclear in the Middle East. For all intents and purposes, a state of undeclared war now exists between Russia and its allies and the United States and its allies, with Turkey in the front line. As stated in this report, “This latest development is a massive and terrifyingly dangerous development”.

Vladimir Putin has indicated that the United States were directly involved in this incident by sharing Russian flight paths to Turkey. “We told our US partners in advance where, when at what altitudes our pilots were going to operate,” Putin told the Russian media. “The US-led coalition, which includes Turkey, was aware of the time and place where our planes would operate. And this is exactly where and when we were attacked.”

Russia has since stationed a warship off the coast of Syria and deployed state-of-the-art S-400 surface to air missiles to deter further Turkish aggressions.

Meanwhile, Arab media have begun circulating rumors that Russia is set to deploy ground troops to Syria, amidst unconfirmed reports that Turkey has unofficially closed the Dardanelles and the Strait of Bosporus, which would block Russian vessels from navigating between the Black Sea and the Mediterranean. If you are so inclined, you can follow vessel traffic through the Turkish Straits on their official information channel.

For a better understanding of this developing situation and its implications, I invite you to read and ponder Dave Hodges’ take on this on The Commons Sense Show.  I also encourage you to listen to an interview Joe and Doug Hagmann (The Hagmann Report) conducted with author John Little (Omega Shock) last Friday evening. 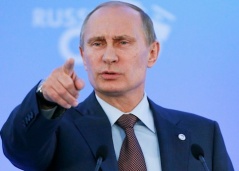 In essence suggesting that the world may have gone crazy, Vladimir Putin recently stated that “The deterrent of nuclear weapons has started to lose its value, and some have even got the illusion that a real victory of one of the sides can be achieved in a global conflict, without irreversible consequences for the winner itself – if there is a winner at all.” More on Zero Hedge.

Meanwhile, Russia has announced it would deploy the latest version of its high-tech doomsday plane, the Ilyushin-80. Also known as the “Maxdome”, it is designated for use during nuclear war or national emergencies “to fly the President of Russia and/or surviving authority figures and highest ranking members of the Russian government to safety in the event of all-out nuclear war.” Curious timing indeed.

Meanwhile, former CIA operative Bob Baer has declared on CNN, no less, that he believes the situation in the Middle East is out of control and shaping up to look like the beginning of World War III. “This mosaic in the Middle East of conflict is getting out of control,” Baer told CNN.  “It’s not just Russia and Turkey, it’s Iran and Saudi Arabia. It is expanding rather than contracting, and nobody has a strategic plan.”

Why is DHS buying up all the food?

Dave Hodges has been following recent developments on The Common Sense Show, calling on his many insider sources to give us a sense of how things are shaping up.  In an article published November 26, he writes that in recent years the Federal Emergency Management Agency (FEMA) has been regionalizing disaster supplies and rapidly procuring hundreds of millions of ready-to-eat meals, blankets, and body bags. “Combined with the DHS’ suspiciously massive purchases of ammunition, one has to ask why are the Feds doing this?”

Why are Ex-Intel & Wall Street bankers still bugging out?

In another article published November 24, Dave Hodges writes that ex-Federal agents and Wall Street bankers started bugging out about three years ago, and that they are still doing so in ever greater numbers. In this piece, and this other one published today, Dave explores what they might know that they are not telling us, and what they are running from.

Underground bases and tunnels, Cheyenne Mountain, and risks of an EMP attack

Incidentally, while construction of underground bases and tunnels appears to have been continuing unabated, the Pentagon has reopened the Cheyenne Mountain Air Defense facility, which housed the heart of America’s air and missile defense of North America (i.e. NORAD, the North American Aerospace Command) for most of the Cold War era.

The facility had been essentially mothballed since 2006 as a “cost-saving” measure. According to an Israeli media report, the reactivation of Cheyenne Mountain has been prompted by fears of a nuclear Electro-Magnetic Pulse (EMP) attack by a missile that would knock out America’s power grid and electronic systems.

In One Second After, author William R. Forstchen graphically described the possible aftermath of an EMP attack. I also urge you to read this article, What happens when all hell breaks loose?, posted over the weekend by Dave Hodges.

Meanwhile, on November 23, the U.S. Department of State has issued a “Worldwide Travel Alert” which will remain in effect until the end of February 2016. This is for all intents and purposes a warning to Americans that they are in danger of being attacked by terrorists pretty much anywhere in the World, prompting comments like this one on the social media:  “avoid planet Earth if possible“.

The goal is war

Warnings that the powers that be want a new global war have become more persistent. Trader and analyst Gregory Mannarino repeated the warning during an interview with Greg Hunter, published November 25 on USAWatchdog.com. “War is the goal,”  Mannarino insisted. “People need to understand here the goal of the world central banks is to bring us to war. “

Meanwhile, the powers that be keep doing their best to silence the proverbial canary in the coal mine that is the price of gold with regards to financial markets. Their latest move happened just this last Friday, November 27.

“The economy is starting to collapse”, can we read on Investment Research Dynamics.  “All the non-Government-reported economic metrics are showing that the bottom is falling out of the demand side of GDP at all levels of the economic system – OEM, wholesale, middleman, retail. […] So why not cover up the truth by hiding the ‘canary in the coal mine’ and blasting the price of gold? That’s exactly what happened on Friday morning at 8:00 a.m. EST.”

Mass starvation in the U.S.? Oh, come on…

If you are not overwhelmed by all of the above, you may still want to ponder the issue of mass starvation in the event of any of these potentially catastrophic developments.

In How Vulnerable Is America to Mass Starvation?, Dave Hodges reminds us that an estimated seven million people starved to death in America during the Great Depression. “And amazingly, these people had food preparation skills that are basically a lost art in America today (e.g. canning).”

Furthermore, the United States no longer has any strategic grain reserves, as recently reported by Michael Snyder on The Economic Collapse website. “The USDA liquidated the remaining reserves back in 2008. So if a major food crisis hit this country, our government would have nothing to give us”. Food for thought, if nothing else.

Conclusion: We’re not in Kansas anymore

“Disaster may come, not from another planetary collision, but from the handiwork of man himself, a victim of amnesia, in possession of thermo-nuclear weapons.” – Immanuel Velikovsky (1895-1979)

I sincerely hope I am being alarmist in believing that we are on the brink of a worldwide disaster or disasters of epic proportions. I am also very afraid that I am not. May God be with us in the coming weeks. Hopefully we may still enjoy a quiet Christmas, even though it is not politically correct to call this Holiday by this name anymore. No, we are definitely not in Kansas anymore.

Maybe I should close with the Serenity Prayer:

God, grant me serenity to accept things I cannot change, courage to change the things that I can, and wisdom to know the difference…

1 Response to Surreal – We are on the Titanic, and the orchestra keeps playing – UPDATED