Should I buy gold, silver – or salt?

Intriguing question, don’t you think? According to retired US Air Force Captain John R Ragan, researcher and author of The Financial State of the Union, salt will become a very precious commodity when our supply chains come to a screeching during the impending economic collapse. He also notes that it is sadly overlooked by most “preppers”.

Saying that “you should buy a ton of salt” if you can while it is available, Ragan reminds us that salt is an essential nutrient not only for humans, but also for our livestock. Salt was used as a mean of exchange throughout most of history, even more precious than gold and silver in some epochs and areas. We can also read on Wikipedia that the scarcity and universal need for salt has even led nations to go to war over it, while some states have used it to raise tax revenues. 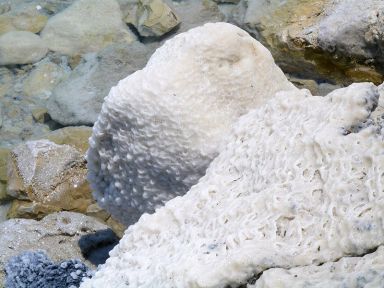 You are the salt of the earth, but if salt has lost its taste, how shall its saltiness be restored? – Matthew 5:13 ESV

Not if, but when the collapse happens…

This was only one of the many topics discussed by Ragan during a riveting 3-hour interview on the Hagman & Hagman Report this Monday April 4th. Like so many others of late, Ragan does not say if, but when the economic collapse hits. According to him, the only reason the collapse has not happened yet is that our BOSOs[1] are not quite ready to let everything fall apart.

This interview will definitely disrupt your sleep pattern if you are not deeply grounded in your faith in our Lord, Who is ultimately in charge, whatever our BOSOs would like us to believe.

So, to quote Greg Hunter once again, “fear not, but prepare yourself – physically, mentally, and above all else, spiritually…”

I encourage you to freely redistribute my posts, so long as the text is unaltered and provided full credit with a live link back to the original story are given.

Freelance writer and translator based in Quebec, Canada.
View all posts by Henri Thibodeau →
This entry was posted in Financial & Economic Collapse and tagged economic collapse, financial state of the union, Hagmann Report, John R Ragan, salt. Bookmark the permalink.