We’re not in Kansas anymore – Some recent developments, April 2016

I haven’t published anything in over a week. No, the world has not stopped spinning down its fateful path, as you will see if you peruse the following headlines I managed to collect as I was busy applying post-trauma care to my beloved mare, Nellie. Friday morning, April 15, she almost died following a freak accident in her pasture. Thanks to God and the timely interventions of some competent humans, she got through it and will eventually fully recover.

Unfortunately, I cannot say the same about our world. 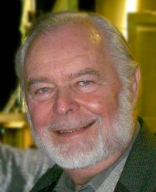 G. Edward Griffin, author of The Creature From Jekyll Island, which I deem to be the quintessential essay on the US Federal Reserve, was interviewed by John B. Wells on The Caravan to Midnight this week. When John B. asked him where we are headed in the coming years, “assuming the present conditions of the world,” Griffin unequivocally answered that “if there is nor change, it’s easy to see where we are headed, and that is right into the abyss of hell. You’d have to be an idiot to deny it.”

If there is no change in the present economic, political and social conditions in America, we are going down, because that’s where we’ve been headed for about a hundred years. When I say down, I mean totalitarianism, that’s where we’re headed. – G. Edward Griffin 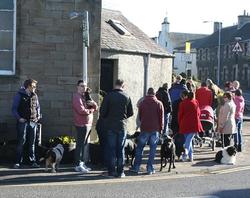 Dog owners obediently lined up to have their dogs microchipped, shedding £5 or more to do so. How much would you bet children won’t be next?

A new law has come into force on April 6 requiring all dog owners in the UK to microchip their pet by the time it is eight weeks old or face prosecution and a fine of up to £500. A similar law has been adopted by Northern Ireland in 2012.

The microchip used is approximately the size of a grain of rice, inserted under the loose skin on the back of the dog’s neck and gives the pet a unique 15-digit code. The microchip can be scanned and matched to their owner’s contact details, which means the owner’s information is also stored in the microchip.

The government has sold the move to the populace under the guise that it would help reunite stray dogs with their owners and save taxpayer money. For instance, one Simon Blackburn, of the Local Government Association, said microchipping will tackle “reckless” ownership and help save councils “vast sums” of taxpayers’ cash looking after strays.

On April 19, 2016, Trine Day released a new book by author and researcher Wendy S. Painting (Lone Wolf Research): Aberration In The Heartland Of The Real: The Secret Lives of Timothy McVeigh. For several years, Painting has been tirelessly researching the events surrounding the Oklahoma City bombing of April 19, 1995, painted by the authorities as a “domestic terrorist attack”.

Presenting startling new biographical details about Timothy McVeigh and exposing stark contradictions and errors contained in previous depictions of the “All-American Terrorist,” this book traces McVeigh’s life from childhood to the Army, throughout the plot to bomb the Alfred P. Murrah Federal Building and the period after his 1995 arrest until his 2001 execution. 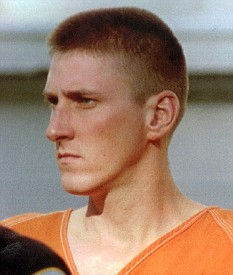 McVeigh’s life, as author Wendy Painting describes it, offers a backdrop for her discussion of not only several intimate and previously unknown details about him, but a number of episodes and circumstances in American History as well, including Cold War popular culture, all-American apocalyptic fervor, organized racism, contentious politics, militarism, warfare, conspiracy theories, bioethical controversies, mind control, the media’s construction of villains and demons, and institutional secrecy and cover-ups. All these stories are examined, compared, and tested in Aberration in the Heartland of the Real, making this book a much closer examination into the personality and life of Timothy McVeigh than has been provided by any other biographical work about him.

Yesterday [April 13], the Federal Reserve released a 19-page letter that it and the FDIC had issued to Jamie Dimon, the Chairman and CEO of JPMorgan Chase, on April 12 as a result of its failure to present a credible plan for winding itself down if the bank failed. The letter carried frightening passages and large blocks of redacted material in critical areas, instilling in any careful reader a sense of panic about the U.S. financial system.

At the top of page 11, the Federal regulators reveal that they have “identified a deficiency” in JPMorgan’s wind-down plan which if not properly addressed could “pose serious adverse effects to the financial stability of the United States.” Why didn’t JPMorgan’s Board of Directors or its legions of lawyers catch this?

Overnight, a historic event took place when China, the world’s top gold consumer, launched a yuan-denominated gold benchmark as had been previewed here previously, in what Reuters dubbed “an ambitious step to exert more control over the pricing of the metal and boost its influence in the global bullion market.” Considering the now officially-confirmed rigging of the gold and silver fix courtesy of last week’s Deutsche Bank settlement, this is hardly bad news and may finally lead to some rigging cartel and central bank-free price discovery. Or it may not, because China would enjoy nothing more than continuing to accumulate gold at lower prices.

Barely a day had passed since the historic admission of gold and silver price rigging by Deutsche bank, which as we reported on Thursday was settled with not only “valuable monetary consideration”, but Deutsche’s “cooperation in pursuing claims” against other members of the cartel, i.e., exposing the manipulation of other cartel members, and the class action lawsuits have begun.

Overnight, two class action lawsuits seeking $1 billion in damages on behalf of Canadian gold and silver investors were launched in the Ontario Superior Court of Justice.

The first class action alleges that the defendants, including The Bank of Nova Scotia [Scotiabank], conspired to manipulate prices in the silver market under the guise of the benchmark fixing process, known as the London Silver Fixing, for a fifteen-year period.

Nearly 40 million ounces of paper silver were launched at the Comex yesterday in the space of seven minutes, which triggered a 92 cent waterfall in the price of silver; over 118 million ounces of paper silver were dumped on the Comex today (April 22) between 11 a.m. and noon EST.  This market intervention typically occurs after the bona fide physical precious metals in the eastern hemisphere have shut down for the day.

A world war has begun. Break the silence.

How many people are aware that a world war has begun? At present, it is a war of propaganda, of lies and distraction, but this can change instantaneously with the first mistaken order, the first missile. 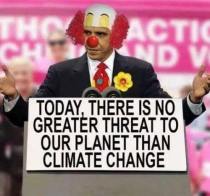 In 2009, President Obama stood before an adoring crowd in the centre of Prague, in the heart of Europe. He pledged himself to make “the world free from nuclear weapons”. People cheered and some cried. A torrent of platitudes flowed from the media. Obama was subsequently awarded the Nobel Peace Prize.

It was all fake. He was lying.

And speaking of world war, here’s an interesting clip down memory lane… 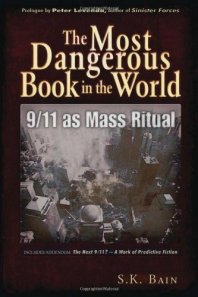 In its report on the still-censored “28 pages” implicating the Saudi government in 9/11, “60 Minutes” last weekend said the Saudi role in the attacks has been “soft-pedaled” to protect America’s delicate alliance with the oil-rich kingdom.

That’s quite an understatement.

Actually, the kingdom’s involvement was deliberately covered up at the highest levels of our government. And the coverup goes beyond locking up 28 pages of the Saudi report in a vault in the US Capitol basement. Investigations were throttled. Co-conspirators were let off the hook. 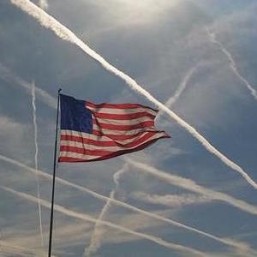 The essay below was penned for geoengineeringwatch.org by a former USAF communications officer, Col. Randall Smith, Ph.D. Though I have no means of conclusively confirming the information presented by Randall, available date does generally confirm his estimations and conclusions. The essay does not address the implosion of the climate system, methane release, or the horrific impact of climate engineering on the above mentioned factors. This being said, the content of the essay is important, especially when the source is appropriately considered.

Bumper sticker of the day

The USS Donald Cook made the news again as Russian jets buzzed now infamous US warship “in riskiest encounter for years”, The Guardian titled. A Russian jet came within 30 feet of the US destroyer while conducting exercises in the Baltic Sea, in what the US navy described as a “simulated attack” – one of the closest and riskiest encounters between the two countries’ armed forces in recent years.

One has to wonder why the US Nay released footage further demonstrating its apparent impotence against the Russian air force. In April 2014, a Russian Su-24 simulated a missile attack against the USS Donald Cook, which was left literally deaf and blind, while the destroyer was in the Black Sea near Russian territorial waters. As the Russian jet approached the US vessel, electronic devices aboard the plane apparently disabled all radars, control circuits, systems, information transmission, etc. on board the US destroyer, an incident that, according to several media reports, had left its crew completely demoralized. 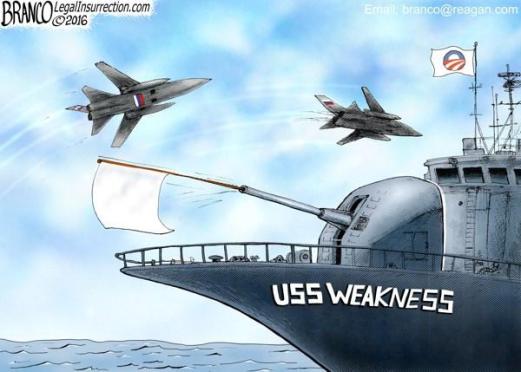 Brown added the word “FAG” on this cake to falsely accuse Whole Foods of discrimination. Apparently, this type of fabricated accusations is becoming more frequent in the US.

However, the entire incident is a complete fraud and thankfully Whole Foods is fighting back, including the release of store CCTV video showing Mr. Brown at the point of sale checking out and paying for his purchase.

“After a deeper investigation of Mr. Brown’s claim, we believe his accusations are fraudulent and we intend to take legal action against both Mr. Brown and his attorney.” ~ Whole Foods.

Read more and watch videos on The Last Refuge

In closing, you might want to ponder recent developments while watching this video I also stumbled upon this week…