Did the CIA coin the expression “Conspiracy Theorists” to discredit those who dare question the “official” truth? 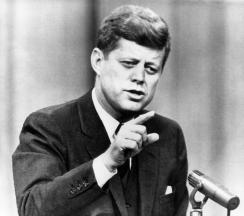 Apparently, the expression “conspiracy theorists” was coined by the CIA back in 1967 in an effort by the agency to discredit those who questioned the findings and conclusions of the Warren Commission‘s investigation into the assassination of President John F. Kennedy in November of 1963.

An alleged CIA dispatch issued under the subject “Countering Criticism of the Warren Report”, Document number 1035-960, is widely circulated as proof of this allegation.

According to Zero Hedge, this document dated April 1, 1967 (April Fools’ day, really…) was made public by the New York Times in September of 1976, following a request under the Freedom of Information Act (FOIA, as noted on the dispatch).

Zero Hedge also notes that the dispatch, classified “Secret” at the time, was marked “PSYCH” – short for “psychological operations”, or disinformation – and “CS”, indicating that a copy was circulated to the CIA’s “Clandestine Services” unit.

Marked as released in full in 1996 as part of the CIA’s historical review program, the document flatly states:

“The aim of this dispatch is to provide material for countering and discrediting the claims of the conspiracy theorists, so as to inhibit the circulation of such claims in other countries.” 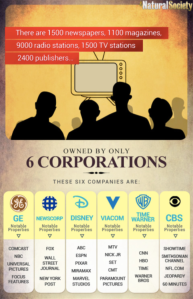 In any event, the expression has since percolated widely into the public consciousness and serves to discredit any and all who would dare question the truths being handed down to us by our BOSOs (our “Benevolent” Occult Satanist Overlords, as I refer to these people) through their minions in the presstitute media, 90 % of which – may I remind you – are controlled by a mere six corporations in the US.

Page 2 of the dispatch is reproduced below. These are the best resolution copies I have found. Enjoy and ponder… 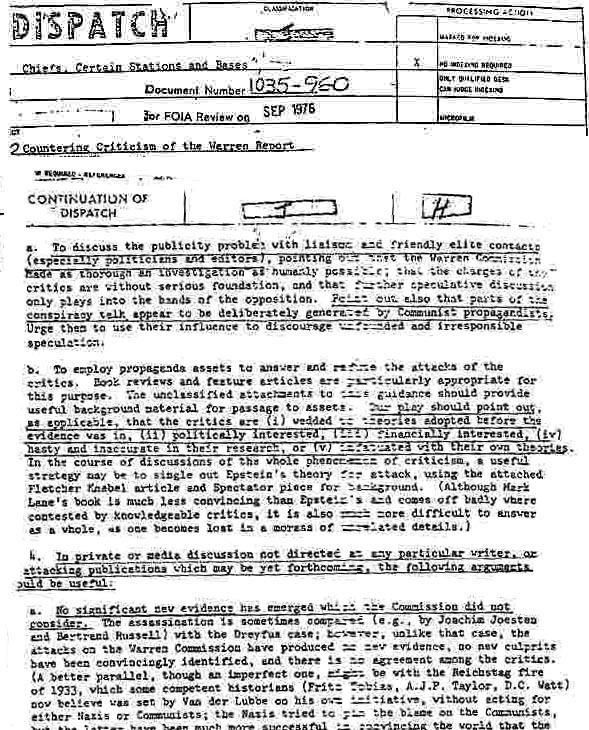 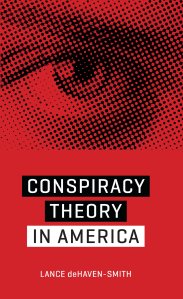 Coincidence or synchronicity? I published this post just yesterday, and today Paul Craig Roberts published on his website (Institute for Political Economy) an article entitled The Term “Conspiracy Theory” Was Invented by the CIA In Order To Prevent Disbelief of Official Government Stories. Dr Roberts notes that in 2013, Professor Lance deHaven-Smith wrote in a peer-reviewed book published by the University of Texas Press that the term “conspiracy theory” was indeed developed by the CIA as a means of undercutting critics of the Warren Commission’s report that President Kennedy was killed by Lee Harvey Oswald. “The use of this term was heavily promoted in the media by the CIA”, Dr Roberts writes, adding “It is ironic that the American left is a major enforcer of the CIA’s strategy to shut up skeptics by branding them conspiracy theorists…” – HT

3 Responses to Did the CIA coin the expression “Conspiracy Theorists” to discredit those who dare question the “official” truth?