We’re not in Kansas anymore – Recent developments as of March 12, 2016

Those of us in so-called “awareness” have been overwhelmed by an onslaught of news on every front since the beginning of the new year, often leaving us with that deer caught in the headlights feeling.

I have collected the following hodgepodge of headlines and videos that have caught my attention amidst the recent turmoils. Some have been dutifully distorted by our occult masters’ delusional mainstream media, others have not.

I warn you, this post may prove to be somewhat disturbing, so go easy and take a break if you are feeling overwhelmed – and do not forget that this is the objective: to bring us and keep us locked into feelings of fear and powerlessness.

In any event, as many were predicting and expecting, 2016 is certainly turning out to be an “interesting” year, in keeping with the alleged old Chinese curse which seems to have collectively befallen us: “May you live in interesting times…”

I believe I have already mentioned that now might be a good time to prepare yourself – physically, mentally, and, above all else, spiritually – for whatever is coming down the pike.

And fear not – God is in charge, whatever illusions to the contrary our BOSOs may entertain.

I encourage you to freely redistribute my posts, so long as the text is unaltered and provided full credit with a live link back to the original story are given.

Read Dave Hodges’ take on this on The Common Sense Show. Picture and video below come from Dave’s post.

Apparently, with the help of Google Moon, MexicoGeek of Youtube has stumbled upon a bizarre structure rising from the surface of the Moon. The colossal tower is located between Rupes Liebig crater and Rimae Marsenius crater and is estimated to stretch more than 3 miles from ground level. I found a good overview of this intriguing news on EWAO | Earth. We Are One.

In this interview published March 6 by Future Money Trends, financial expert Gerald Celente makes a compelling case for the economic collapse that is coming. 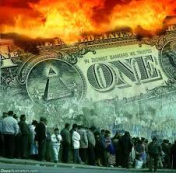 How to survive the coming economic collapse?

In a recent interview with Dave Hodges on The Common Sense Show, prepper expert Bob Griswold covers 15 essential things to do in order to increase one’s chances of surviving the coming turmoils. Bob is the founder and owner of Ready Made Resources.

US drones to target Americans on American soil

In a report published on Thursday, March 1o, Infowars.com reports that precedents are being set for the future usage of drones in American skies.

Remember when 2009 Nobel Peace Prize winner President Barack Obama bragged to his aides that he “is really good at killing people” in the book “Double Down” while discussing drone strikes. Well just how good is he? Click here to read more.

In case you missed this: Putin says exactly who created ISIS

In this video which you probably haven’t seen on any Western media,  Putin answers questions regarding ISIS from a US journalist at the Valdai International Discussion Club in late 2014.

Here’s what Jean from Co-Creating Our Future on Planet Earth wrote about this:

I like to watch his face, his eyes, ‘see’ his intelligence at work. I think this is a perfect example of Putin speaking his ‘truth’ without prompters, without notes, with no party line to preach, nothing to hold him up/together. He is alone in front of the entire planet. I hope you will see and understand what I understand.

In an article published by Epoch Times on February 26, Tara MacIsaac reports about the findings of Dr. Alexander Koltypin, a geologist and director of the Natural Science Research Center at Moscow’s International Independent University of Ecology and Politology. Koltypin has analyzed ancient underground structures across the Mediterranean basin. The weathering of the structures, their material composition, and the geological features and historic changes in the region, lead him to believe they were built by an advanced civilization hundreds of thousands or millions of years ago… 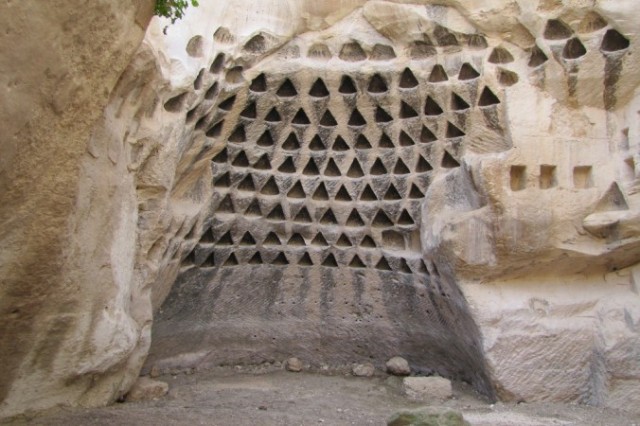 Why threaten North Korea and China? Would Obama start a war to stay in office?

This is the disturbing question Michael Snyder explored in an article he published on End of the American Dream on March 7. “Late in his second term, Obama is starting to become extremely aggressive with the rest of the world”, Snyder notes. “He just angered China by sailing an aircraft carrier task force past disputed islands in the South China Sea, he is provoking North Korea by simulating an invasion of that nation during a military exercise that is going to involve more than 300,000 troops, and he is backing Saudi Arabia and Turkey as they make moves that could very well start World War III in the Middle East.”

However, Snyder’s most troubling observation is this one, and it has also been in the back of my mind for some time:

If a war did begin, that could give Obama the excuse that he needs to exercise his emergency powers, and that could potentially include suspending the election that is scheduled for November.

Negative interest rates and the war on cash

If the government makes it unattractive for you to keep cash in the bank, you can pull cash out of the bank. You can simply store it in a safe or under a mattress.

The danger of media blackout

Casey Research International Man published another compelling article, this one by Jeff Thomas, who writes that “as events unfold, a trend is being revealed – that the world is becoming divided with regard to information. In most of the world, there’s an expanse of available information, but, increasingly, the US, EU, and their allies are revealing a pattern of information removal. Whatever does not fit the US/EU position on events never reaches the public.”

“The Great Quickening” – The global currency reset IS in progress

In an article published by GoldSeek.com on Monday, March 7, Jim Willie writes that “the quickening has begun in earnest,” meaning an acceleration of events propelling the World toward a global financial reset. Reviewing a list of recent events on different fronts, Willie writes that  “the sequence of future events might become frightening, as the new financial structure comes into view. The potential for disruption to the US Dollar-based supply chain and inventory system remains a high risk.”

Gregory Mannarino urgently warns that we are on the edge of a massive financial meltdown.

It won’t matter who gets elected after this happens…

The Establishment wants to make sure their guy gets in because they have some big plans for the globe. The surveillance state is already being built up to ensure total control.

World War III is about to begin

This video covers several independent news headlines that talk about military exercises and troop movements across the world, involving 120 countries! All U.S. and most European news outlets aren’t reporting on this! The Middle East is a time bomb set for detonation. Remember, ISIS is a CIA false flag meant to usher in WW3 and has been funded by Barack Obama.

One bit of good news in the middle of all this: After falling to an all-time low of 290 in mid-February, the Baltic Dry Index has been steadily raising over the last few weeks. Source: Bloomberg.

Everything is fine, don’t worry